Years as Governor of the Province of East Kazakhstan

On December 8, 2004, President Nazarbayev phoned Viktor Khrapunov. He expressed deep concern for East Kazakhstan, a region ravaged by the worst economic and industrial hardships. He flattered the Mayor of Almaty saying that only an experienced crisis manager like himself, a political heavyweight, a man with a spotless reputation, and a tireless reformer who did not shy away from any difficulty could improve the situation in the Province. The Mayor of Almaty hesitated. The President insisted, saying that his term would not exceed one year. Viktor Khrapunov realized he had no choice. The next day, he was appointed Governor of East Kazakhstan. On paper, it was a promotion. In reality, Viktor Khrapunov, the spoilsport, was being pushed into a corner. When he left, Almaty was left defenseless to the appetites of the Nazarbayev family. Within a few months, the city sold off its facilities to the lowest bidder. Those who had been working in exile from the former mayor could rejoice and put their dishonest schemes into action.

From December 2004 to January 2007, after 35 years in Almaty, Viktor Khrapunov returned to his home province, one of the largest in Kazakhstan, with an area of 283,000 km², and one of the most industrial, with 20% of the country’s total production (steel companies, lead and zinc ore processing plants, titanium and magnesium combines, etc.). When he took up his new duties, despite all its potential, the region ranked the lowest in all official rankings compared to the rest of the country’s large cities and provinces. Many companies had already been snatched up by the Nazarbayev family, including the Kazzinc Corporation (lead and zinc combine), the Titanium and Magnesium Combine (TMK), Kazakhmys (non-ferrous metal mining and production company), the Armature Factory of Ust-Kemenogorsk (manufacturing technical installations for the gas network), and the Bukhtarma and Semipalatinsk Cement Works. 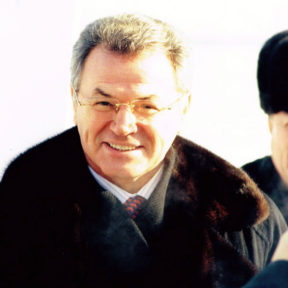 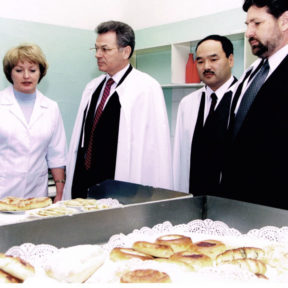 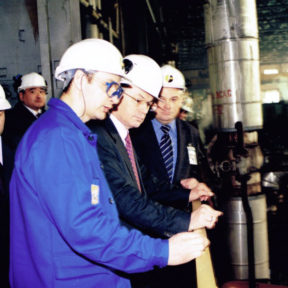 The Governor went to work right away: he managed crises and breakdowns, invested the necessary means into energy infrastructures to improve electricity supply, gave new master plans to large cities, abolished the bureaucracy associated with creating a business, promoted the construction of new homes, encouraged the rebirth of the agricultural and dairy industries, restored the hydrofoil river connection between the two main cities in the province, built a modern wood processing plant to exploit the large forest resources in the region, etc. As an advantage of his isolation at the edge of the country, he had the freedom to act and implement reforms for the good of the people.

To solve the most serious problems (hot water supply for heating in several cities), he involved scientists from the best specialized institutes in Almaty (Institute of Scientific Research and the Energoprom Project, the Chokin Energy Science Research Institute, the Energy Institute). He also got a decision from the Prime Minister to build a new thermoelectric plant in Semipalatinsk (the project would be halted after his departure).

Consequences were soon felt by the people in the Province. Their day-to-day lives improved. Viktor Khrapunov’s work earned him an official recognition. One year after his arrival, the region went up to the 3rd place on the national ranking of cities and regions in Kazakhstan. Meanwhile, Almaty, which was in 1st place when he left, fell to the 7th place. After two years of hard work, Viktor Khrapunov managed to drive the region of East Kazakhstan up to 2nd place in the rankings.

The President’s disinterest in the province left much leeway for the Governor who, though his entire term, still had to deal with pressure from Dariga Nazarbayeva, the President’s daughter, who thought of the area as her stronghold.

Tensions with the President’s daughter dated back to his years as Mayor of Almaty. Viktor Khrapunov had refused to stuff the ballot boxes at Dariga’s request, preventing her newly-created party (Asar) from winning all the city’s seats in the 2004 elections. Dariga took this very badly. It was at this time that she began to publicly state that Viktor Khrapunov was her worst enemy. In East Kazakhstan as well, Viktor Khrapunov refused to submit to Dariga Nazarbayeva’s will, who wanted to set up her own men and plunder all natural resources still available (such as gold mines) – in other words, the resources not yet taken over by her father. Viktor Khrapunov opposed this, preventing Dariga from carrying out her dishonest schemes. 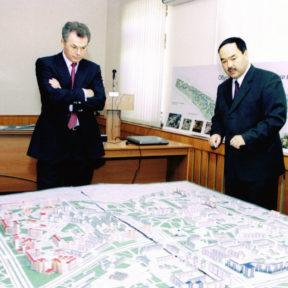 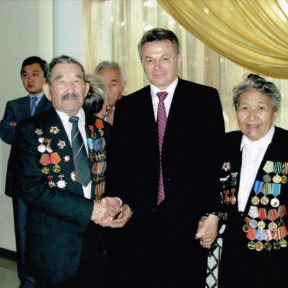 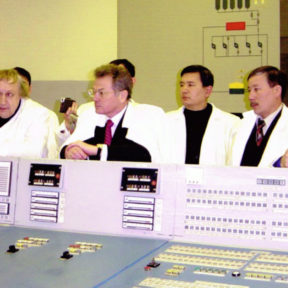 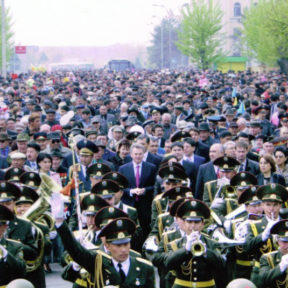 Dariga Nazarbayeva did not shy away from any manipulation to keep control of the region and damage the Governor’s reputation. In particular, she started smear campaigns in the media outlets under her control, such as the day of Viktor Khrapunov’s appointment to his new role. That day, in was -40°C and the snow was piled two meters high. This did not prevent Dariga Nazarbayeva from publishing the report you can see here (link). With rainy conditions, it is clear that it had been shot long beforehand, and that the facts were presented in an extremely biased way.

For years, Viktor Khrapunov had had the feeling that his uncompromising attitude towards everyone, including members of the presidential family, was accepted and even respected by the President himself. After all, it could be useful for the country’s image, domestically and internationally, to have a Minister who implemented reforms and increased tax revenue, even if he threw a wrench in the works of all kinds of thieves monopolizing the country’s resources. But during the time spent in East Kazakhstan, he got the feeling that winds were changing. He understood that history would repeat itself and, just like in Almaty, they would never let him do what he wanted.

His intuition was confirmed in January 2007. The President called him by surprise to offer him the position of Minister of Emergency Situations. Viktor Khrapunov opposed this. He argued that he had already been Minister and that the position offered was of little importance and interest. He also reminded the President that, in light of what had happened to the first two people in the position (Z. Nurkadilov was murdered; Sh. Kulmachanov had been definitively ruled out of the country’s politics following a shuffle), this Ministry could not be considered a promotion… He finally explained that the recovery program for the region of East Kazakhstan was very promising and that he wanted to stay three more years to ensure its sustainability. But the President imposed his will: Viktor Khrapunov resisted as much as he could but, once again, he understood that had no choice but to submit and leave his seat as Governor.

In this case, as in hundreds of others, the President’s choice fulfilled a single requirement: pleasing his daughter. What about the needs of the population? They have no place in his way of operating, based on a clan reflex, a thirst for absolute power and personal enrichment. This major fault in Kazakhstan’s political system is bound to continue as long as the country’s top leaders are directly selected and appointed by the President. This is why Viktor Khrapunov offered to replace this archaic, “Banana Republic”-style system with the direct election of all mayors and governors of the country by the people. This is a necessary reform so that Kazakhstan will finally find the path to democracy.